Learn about Ancient China in the tenth adventure, which transports you back to Ancient China. You will learn about the Great Wall of China, the Terracotta Army, kites, dynasties & more.


Learn about Ancient China for Kids in the Adventure Story 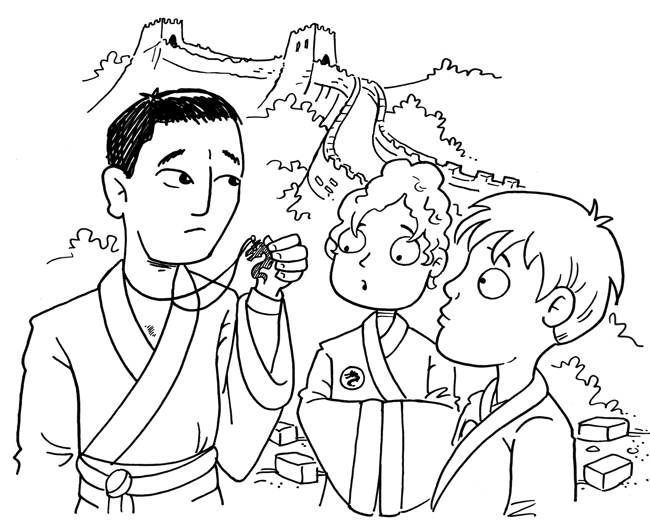 Max and Katie’s next adventure takes them back to Ancient China, where an innocent man has been accused of stealing from the emperor. However, nothing about this mission makes sense.

Can Max and Katie solve this mystery before an innocent man collapses while building the Great Wall of China?

Join Max and Katie on their adventure through time as they learn about the Great Wall of China, the Terracotta Army, kites, dynasties and more! 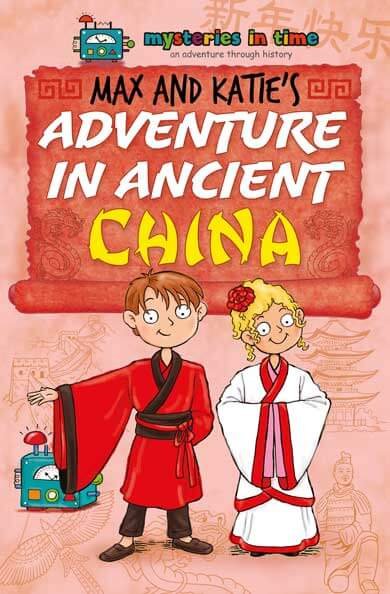 Even though the Great Wall of China is the world’s longest wall, it can NOT be seen from space. 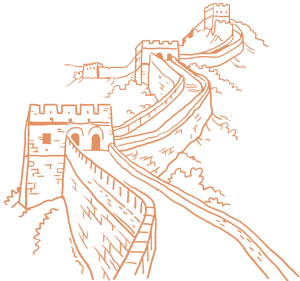 The Terracotta Army is an enormous collection of around 8,000 unique, life-size statues dating back nearly 2,000 years. 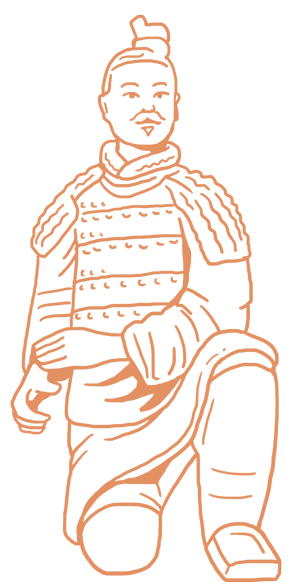 Kites were used in Ancient China to measure long distances or as signals to people far away. 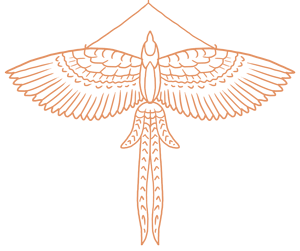 Ancient China is one of the oldest civilisations in the world, dating back at least 4,000 years. Ancient China is famous for the Great Wall of China and the Terracotta Army, but it is also responsible for several discoveries and inventions, including paper, silk and the magnetic compass.

Chinese goods were traded with countries as far away as Europe, including the Romans and Ancient Greeks. It is a fascinating country with a rich history.

Confucius was a very wise man who lived from 551 BC to 479 BC. He had strong moral beliefs and became a teacher and a philosopher. Confucianism is believed to be a religion by some people, but others say it is a philosophy.

Either way, the teachings of Confucius are about living life by being kind and respectful to other people. He believed in treating people with respect, whether they were rich or poor, powerful or common. He believed that family is very important. He believed a leader should not think of himself as better than his people. His ideas later became very important in Chinese life, but this was long after his death. 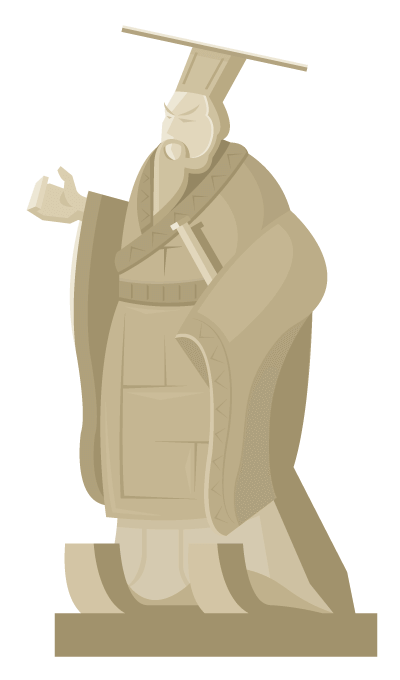 Chinese rulers were called kings or emperors, and power usually passed from father to son. Each ruling family was called a dynasty. Some dynasties were in power for hundreds of years, until a new family took power and started a new dynasty. During the first three Dynasties, what we know of as China was divided into smaller kingdoms.

One such dynasty was the Han Dynasty (206 BC - AD 220). It was a time of invention, the most important being paper. The Han Dynasty improved their understanding of mathematics, medicine and astronomy. It was during this time that the religion of Buddhism was introduced to China from India. 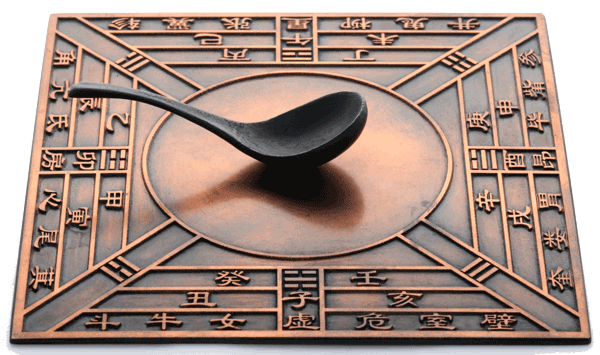 The magnetic compass was invented in Ancient China around 200 BC using a stone called Lodestone, which is a naturally magnetic stone. The stone was carved into the shape of a spoon and rested on a bronze plate that has symbols representing patterns in the stars. The stone automatically points to the south, no matter how the bronze plate is moved. It was used in fortune-telling for a long time, before it was used in navigation centuries later. 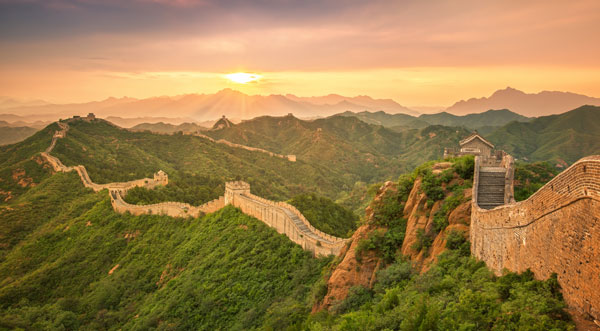 The Great Wall of China is the world's longest wall, over 13,000 miles (21,000 km). It was built along China's old border from east to west to stop other people from invading from the north.

The Great Wall was originally built using stone, wood and packed earth. However, later parts of the wall were built using bricks.

The Great Wall was built in different stages. The first parts of the wall were separate fortifications, built during the 7th century BC. Much later, these were joined together, which created the first part of the Great Wall.