Learn about the Aztec Empire in the sixth adventure, which transports you back to the time of the Aztecs. You will learn about jaguar warriors, chocolate, sacrifices, pyramids & more.


Learn about the Aztec Empire in the Adventure Story 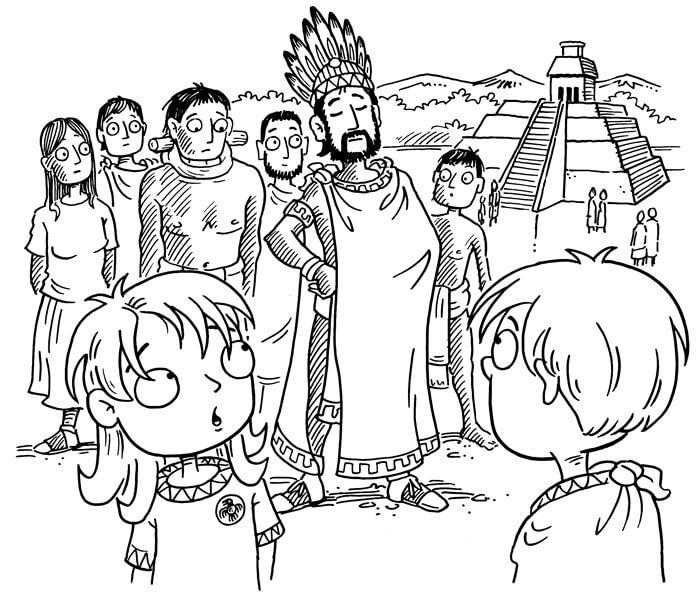 Max and Katie’s Aztec adventure takes them to the Aztec city of Tenochtitlan, where a slave is about to be sold for sacrifice. His only hope is to make a daring run for freedom to the Emperor’s palace. Anyone caught helping him will be punished. Can Max and Katie save the slave’s life by secretly helping him escape?

Join Max and Katie on their Aztec adventure through history as they learn about jaguar warriors, chocolate, sacrifices, pyramids and more! 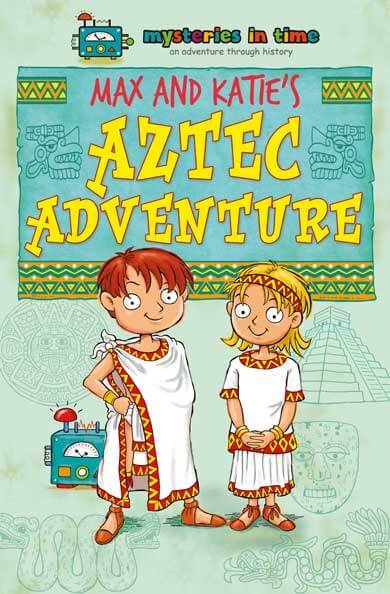 The Aztecs made masks with intricate detail. The wooden base was decorated with a mosaic pattern of small turquoise stones, mother-of-pearl and conch shells. 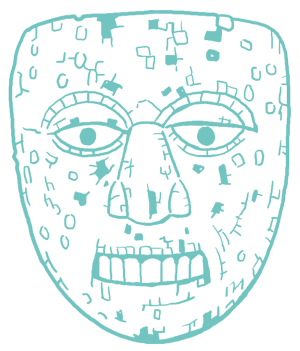 The Sun Stone is an enormous Aztec sculpture. It may have been used as an interactive calendar, or perhaps the altar for sacrifices. 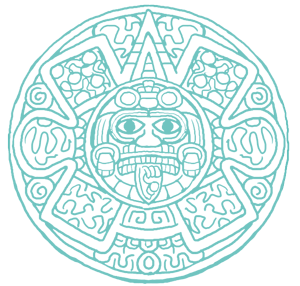 The Aztecs built an impressive, clean city with a network of canals, clever farming methods & enormous temples, but never invented the wheel. 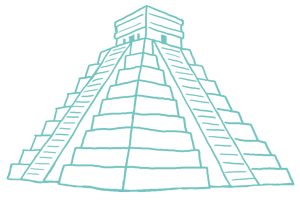 The Aztecs were an advanced and wealthy civilisation that was most powerful from 1325 until 1521. They are famous for believing that sacrificing humans would keep their gods happy, but there are many more reasons to learn about them. They were excellent farmers, built enormous pyramids, were fierce warriors and impressive artists.

The Aztecs lived in the highlands of what is now central Mexico, surrounded by mountains and volcanoes. The capital city of the Aztec world was called Tenochtitlan, which was built on a lake that was later drained by the Spanish. Modern-day Mexico City is built on top of the old city.

The Aztec civilization came to an end when Hernan Cortes, who was mistakenly believed to be an Aztec god, led his Spanish army into Tenochtitlan and conquered it in 1521. 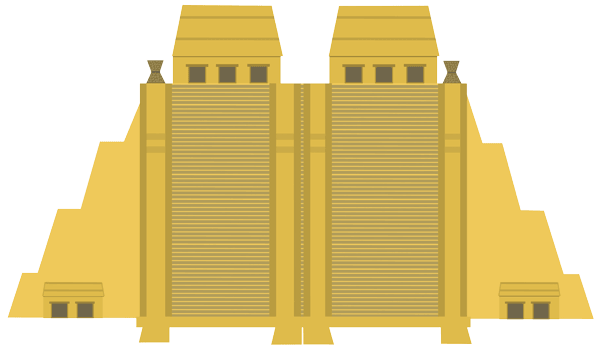 The Aztecs were impressed by the enormous pyramid-shaped temples that the Mayans had built hundreds of years before, so they built similar stone temples to worship their own gods. The stone altar at the very top was where they carried out sacrifices. Temples were regularly added to. They built over the top of the existing temple, like a new shell, so they grew bigger over time.

The Great Temple in Tenochtitlan was enormous. It had two staircases leading to twin temples at the top, which were dedicated to two gods. It was rebuilt six times over the Aztec Empire's 200 year history. The temple was destroyed by the invading Spanish in 1521, but ruins can be visited today in Mexico City.

Day of the Dead History 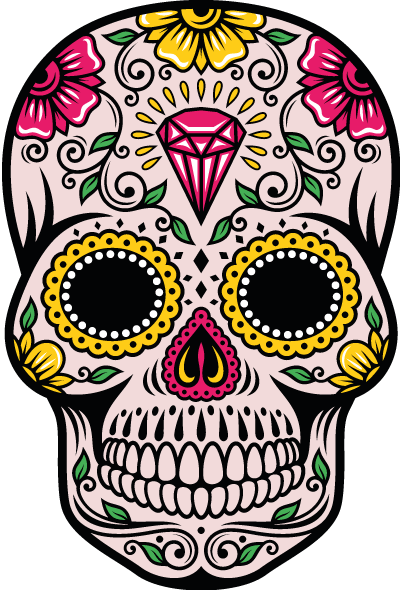 The Day of the Dead started as an old Aztec religious festival. Although it sounds scary, it is actually the opposite: it is a celebration of life. The Aztecs believed in life after death, so death was not feared. The Spanish were surprised by the celebration. However, instead of losing this beloved tradition, the Spanish, changed it to fit in with their own beliefs by merging it with the Catholic All Saints' Day.

It is now a two-day festival to remember loved ones who have died. It is still celebrated in November in Mexico. It is called The Day of the Dead, or 'Dia de los Muertos' in Spanish. People use colourful skulls and skeletons dressed in brightly-coloured clothes to show that death should not be feared. 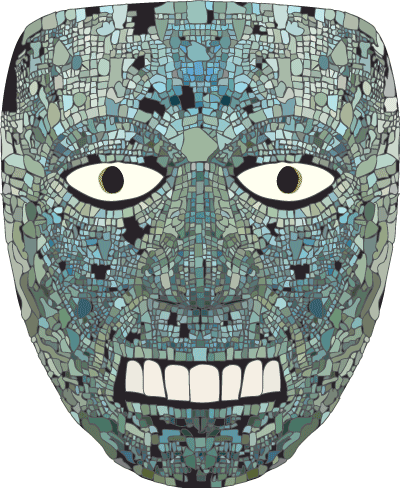 The Aztecs made intricate masks, often from wood, which were then decorated using a mosaic pattern of small turquoise stones. The eyes and teeth were made from mother-of-pearl and conch shells.

It is believed that this mask was intended to be worn, perhaps in a religious ceremony.

The mask shown here can be seen in the British Museum in London. 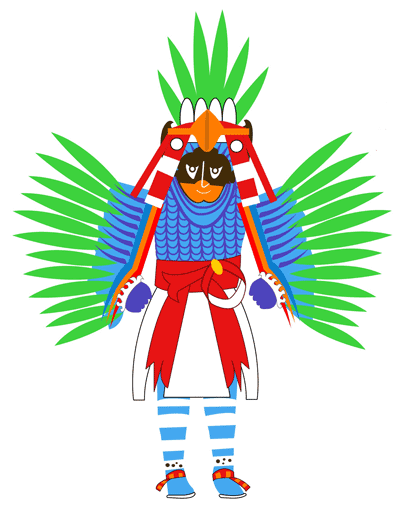 The Aztec society revolved around keeping the gods happy. They worshipped several gods and goddesses, believing that different gods were in charge of different parts of nature, as well as events like sacrifice and war.

Huitzilopochtli was the most important Aztec god, the sun god. According to legend, he led the people from Aztlan to central Mexico where they settled. He was also the god of war and god of human sacrifice. Sacrifices were made to him to keep the world from falling into a never-ending night.